January 24, 2017, Washington, DC — JMA Solutions, LLC today announced that its PMO Operations have been appraised at CMMI Maturity Level 2 for Services. The appraisal was performed by Mosaic Technologies Group, Inc. CMMI is a capability improvement framework that provides organizations with the essential elements of effective processes that, when correctly applied, ultimately improve their performance.

“CMMI Maturity Level 2 defines our commitment to excellence as well as the development of solutions we deliver to our customers” said President and CEO Jan Adams. “This is a significant achievement and we are working aggressively to acquire CMMI Maturity Level 3.”

JMA's certification badge is shown below.

About CMMI® Institute
CMMI Institute (CMMIInstitute.com) is the global leader in the advancement of best practices in people, process, and technology. The Institute provides the tools and support for organizations to benchmark their capabilities and build maturity by comparing their operations to best practices and identifying performance gaps. For over 25 years, thousands of high-performing organizations in a variety of industries, including aerospace, finance, health services, software, defense, transportation,and telecommunications, have earned a CMMI maturity level rating and proved they are capable business partners and suppliers. To learn more about how CMMI can help your organization elevate performance, visit CMMIinstitute.com. 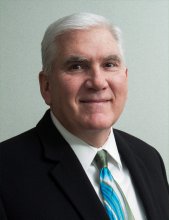 He served as Director of Legislative Affairs of the FAA Managers Association (FAAMA) from 2010 to 2015, then Vice President of FAAMA from 2015 to 2016, and has been a member of Air Traffic Control Association (ATCA) since 2009.

Tisdall has been the recipient of the ATCA 2015 Chairman's Citation of Merit Award, Special Service Award, and many other awards and commendations. He received his Bachelor of Arts in Psychology from LaSalle University in Philadelphia, PA.

Jan Adams, President and CEO of JMA Solutions, personally welcomes Tisdall to JMA. She said, "I have known Tony for many years. He is an outstanding manager and an excellent addition to the JMA Team. I am thrilled that he has joined us."

The Federal Aviation Administration (FAA) has announced that the Embry-Riddle Aeronautical University and University of Oklahoma teams were selected to provide support services for the new Air Transportation Center of Excellence for Technical Training and Human Performance (COE TTHP). JMA Solutions is teamed with Embry-Riddle Aeronautical University to deliver technical training services to the FAA and its stakeholders. The new COE will serve as a resource to “conduct research…and provide innovative training methods for air traffic controllers, aviation safety inspectors, engineers, pilots and technicians.” Read more from the FAA website .

About The Center of Excellence for Technical Training and Human Performance

The COE TTHP is a consortium of leading aviation research institutions, led by Embry-Riddle Aeronautical University and the University of Oklahoma, and Industry partners. Focusing on research and development in air transportation training and related technologies, its goal is to enhance and advance the teaching of Air Traffic Organization personnel with part-task training, immersive simulation, and adaptive learning technologies. Read more about COE TTHP from the COE THHP website.

“It is an honor to receive such an award amongst some of the greatest leaders within this industry” said President and CEO Janice Adams. “This moment would not be possible without my staff’s dedication and continuous support.”

Established in 2003, MEA is a bi-monthly business news publication that provides Public Relations, Marketing and Communication services to promote small/minority and women entrepreneurs. For over 12 years, MEA has been the premier news source for government and industry personnel providing strategies and developments that impact the country’s ability to achieve the advantages of contracting with exceptional small businesses. Read more about MEA here.

JMA Solutions is a Service-Disabled Veteran-Owned and Woman-Owned Small Business. With ISO 9001:2008 certification and over 90% of our program managers PMP-certified, we strive to deliver unparalleled customer service. Performing on 20+ contracts as the prime, and on numerous subcontracts, we provide seasoned professionals who deliver the greatest value to our clients. Our core capabilities include program and project management, air traffic management and engineering services.

Washington, D.C. - November 4, 2016 – JMA Solutions is the proud recipient of the 2016 D.C. Chamber of Commerce’s Community Impact Award, one of five Chamber Choice Awards presented each year to recipients who demonstrate extraordinary standards of professional excellence, vision and dedication in the District of Columbia's business community.

About The Community Impact Award

All five Chamber Choice Awards were presented this November at the Chamber’s Choice Awards Gala in front of “over 1,000 of D.C.’s most prominent leaders, decision-makers, dignitaries, and elite sponsors.” In 2015, the prestigious Community Impact Award went to the Washington Nationals Dream Foundation, the philanthropic arm of the Washington Nationals. “It is a great honor that JMA stands in the same league as such an organization,” said Janice Adams, President and CEO. “It is our staff’s unselfishness, talent and hard work that enables us to volunteer and contribute to the local economy.”

JMA Solutions is certified as a Woman-Owned Small Business (WOSB) and Service-Disabled Veteran-Owned Small Business (SDVOSB). With an ISO 9001:2008 certification and roughly 90% of our program managers PMP-certified, we hold ourselves to the highest quality standards in the industry and strive to deliver unparalleled customer service through continuous improvement. Performing on 20 contracts as the prime, and on numerous subcontracts, we provide seasoned professionals who deliver the greatest value to our clients. Our core capabilities include air traffic management, program and project management, engineering services, financial and strategic management, curriculum development, technical training, IT/SharePoint support and radar and communications support.

About the Minority Business Leader Awards

Each year, the Washington Business Journal recognizes the region’s top 25 minority business leaders based on demonstrated success over the past 12-18 months. Nominations for the award are judged based on professional accomplishments, community leadership, philanthropy and milestones such as third-party awards. Read more about the Minority Business Leader awards here.

Founded in 2005, JMA Solutions is an award-winning government contracting firm located in Washington, DC. For over 10 years, many third-party organizations, such as The Washington Post, Inc. 5000 and the DC Chamber of Commerce have recognized JMA and Ms. Adams for entrepreneurship, fast growth and other business successes. JMA’s success is directly attributed to our streamlined management structure which allows us to rapidly and proactively provide the best customer service to our clients. Additional awards that JMA has received include SmartCEO’s Future 50 Award (2017), Gold Winner of the Stevie Awards for Women in Business (2016) and Black Enterprise’s BE 100s. Read more about JMA Solutions here.