To help fulfil the FAA’s mission, JMA operates and maintains various aviation simulation labs. Each simulation utilizes interactive software to demonstrate air traffic scenarios, which helps the viewer to understand the program’s impact on safety and efficiency. We maintain the software and equipment, provide customizations, and demonstrate the capabilities to stakeholders.

With the help of NASA, JMA established a Time Based Flow Management (TBFM) simulation lab, which allows researchers to run interactive simulations of the TBFM system. TBFM is a decision-support tool that is currently deployed at all Air Route Traffic Control Centers (ARTCC) in the contiguous United States. This tool provides metering and trajectory modelling capability and it enhances and optimizes the FAA’s departure scheduling capabilities. This will enable controllers to more accurately deliver aircraft to the Terminal Radar Approach Control (TRACON) facility and will allow aircraft to use optimized descents on approach. 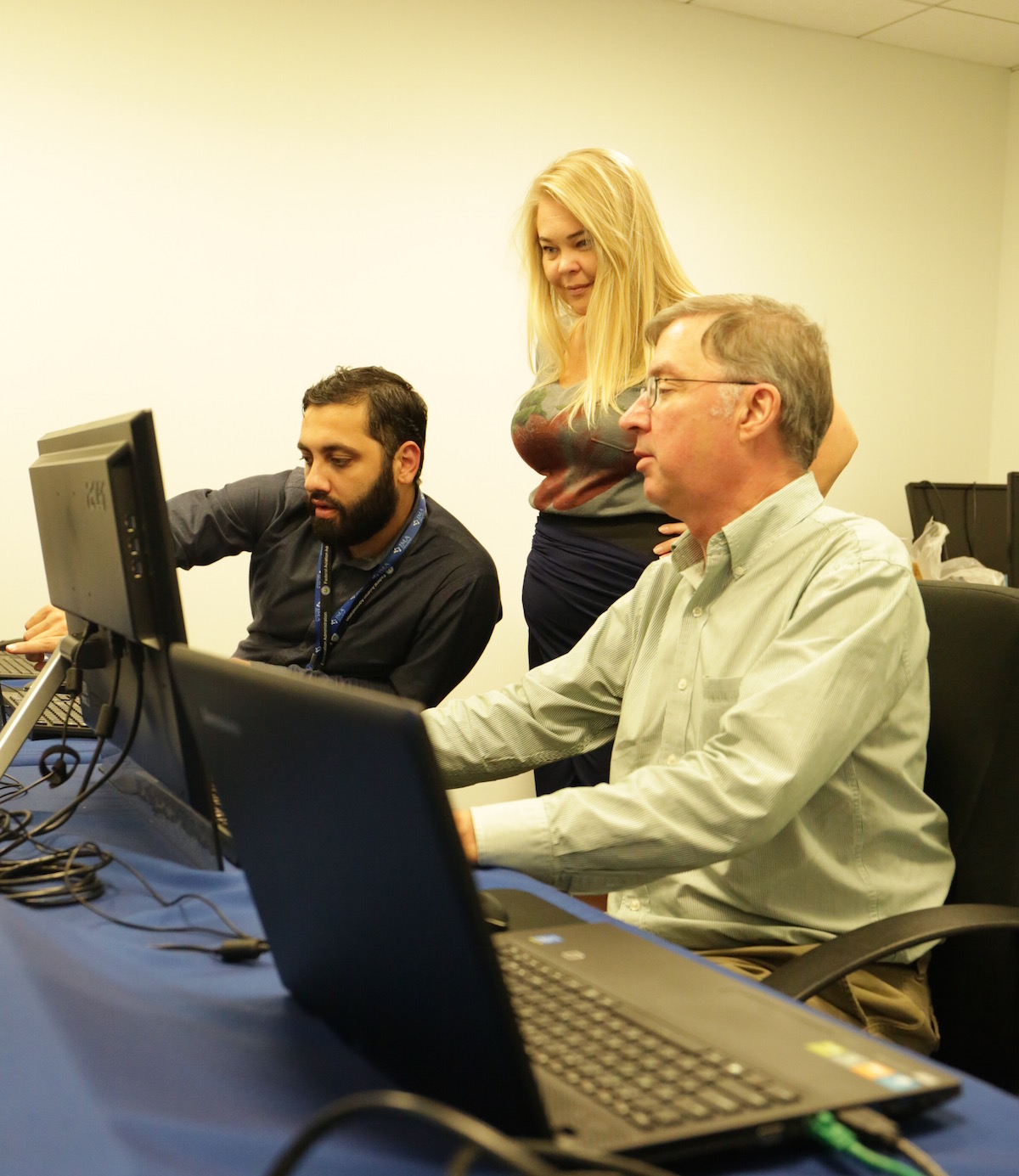 JMA Innovation LabThe simulation is based on actual TBFM code, which NASA modified to run as a stand-alone program. It utilizes a Virtual Network Computing (VNC) server that allows remote viewing and controlling. This lab is an invaluable resource to the TBFM Program Office and other FAA stakeholders because it helps them to promote and display TBFM capabilities. With this tool, the users can simulate multiple scenarios and assess the impacts from and to En Route and Terminal controllers, as well as display certain "use cases" as requested by the Program Office.

The NASA MACS software can be configured as the Simulation Manager, or with a display that simulates:

The operator can also act as a Traffic Management Coordinator, using the normal TBFM TGUI and PGUI windows to control the simulated flow of traffic. The lab simulation is currently set up for the Albuquerque Center and Phoenix TRACON and the Phoenix Sky Harbor airport in an east-flow configuration. The lab is capable of being set up to emulate any airspace within the national airspace system (NAS). The operator can also configure the airspace, airport, number of aircraft, types, and initial positions. Some useful experiments include:

Recently, TBFM Ops Team members and terminal controllers have used the lab to visualize how slot markers will be employed once TSAS becomes operational. 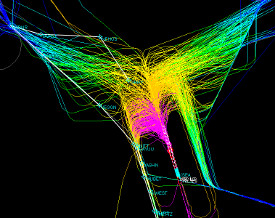 TARGETS is designed to assist the FAA to rapidly and easily develop procedures. The platform enables quick assessments of alternate design concepts to reduce constraints and satisfy operational requirements for air traffic. TARGETS will significantly reduce the time and resources to capture requirements and expedite the design process.

The TARGETS package can import Standard Terminal Arrival Routes (STARs) that are defined in the National Flight Data Center (NFDC) database, and it can also import definitions of approach procedures from the same database. However, these two route segments often do not connect. JMA will design the connecting routes and putting them into a TBFM adaptation to have a complete defined route from the En Route environment to the runway.   This new TBFM capability, Terminal Sequencing and Spacing, or TSAS, will then be able to plan a flight's accurate trajectory to the runway; thus enabling air traffic controllers to continue metering into the terminal environment. 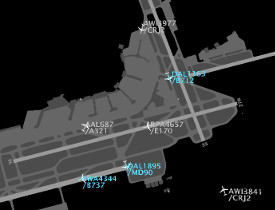 The JMA laboratory is also connected to the FAA's System-Wide Information Management (SWIM) system, a Service-Oriented Architecture (SOA) system in the beginning stages of deployment for data distribution. This simulation capability consists of:

JMA will be using the Aviation Environmental Design Tool (AEDT) to support this route design effort. During the route design process, AEDT will be used to model aircraft performance in space and time along the route to determine fuel consumption, emissions, noise, and air quality consequences as the aircraft descends in the terminal area to the airport.

After the route has been validated using AEDT and other route design tools, and verified with the terminal controllers, it will be entered into the TBFM adaptation for use in calculations of aircraft estimated arrival times and scheduled arrival times.